When I first arrived in Japan, I used to walk around looking for “pubs” on the theory that I knew what they were. It is not as simple as that. In Japan, the word “pub” can refer to various types of drinking establishments, not all of which serve reasonably priced drinks. There are “English pubs” and “Irish pubs” offering exactly what you might expect but there are also “sexy pubs” that sell something else.

Living in California where sushi joints are as common as coffee shops and devoting no small portion of my life to the study of distilling and drinking, I have some familiarity with Japanese whisky, shōchū, and sake — but only as an American understands these things. That is, I drink what I can get in the United States. Consequently, the breadth and depth of drinking choices in Japan itself has been a matter of trawling for hearsay, quizzing bartenders and distillers who have visited Japan, and reading.

For the last several months I have been trying to remedy that with a crash course in Japanese spirits and cookery. 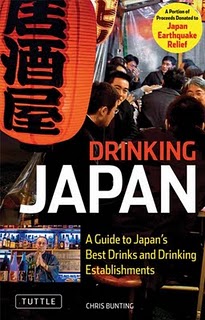 One of the most useful books on drinking alcohol in modern Japan to come across my desk is, appropriately enough, Drinking Japan by Tokyo-based journalist Chris Bunting. Subtitled A Guide to Japan’s Best Drinks and Drinking Establishments, Bunting’s book is something of a revelation.

As with all guidebooks, some of its information — hours, addresses, or staff, for instance — is bound to be obsolete by the time it lands in your hands. Accept it and move on. The rest is a meaty mix of history; tips to avoid cultural misunderstandings (that extra charge on your bill isn’t sneaky thievery — it’s there on purpose and everyone at the bar but you understands this); suggestions for dealing with unfamiliar drinking environments; warnings on harsh penalties lashed out to drunk drivers (and passengers of drunk drivers); pronunciation guides; detailed guides and maps to bars, distilleries, and liquor stores; and profiles of Japan’s noteworthy alcoholists.

With so much of Americans' focus when it comes to Japanese drinking on sake and, to a lesser degree, whiskies, it was a surprise to me that Japan has a robust craft brewing scene. Obviously, Japan has breweries, but in California, I have known only light and, let’s face it, undistinguished brands such as Kirin and Sapporo. Bunting devotes an entire chapter to what he calls the “glories of Japanese beer” and breaks down where to get it and how to drink it. 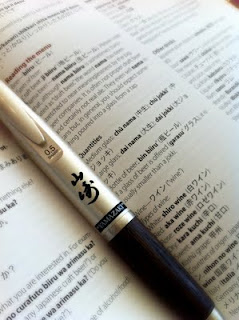 One of the more engrossing chapters for me concerns awamori, an Okinawan distilled rice spirit that can be traced clearly to the early 1500s, but in all probability is older even than that. Awamori was, from its earliest days, an aristocratic drink. Bunting writes “Only forty individuals were given permits and all distilling was done under royal patronage; the stills and the ingredients were owned and loaned out by the kingdom and all of the liquor had to be returned to it, save for 5.4 liters left as payment with each maker. Unlicensed distilling brought the death penalty and transportation of the culprits family to a prison island.”  This, naturally, suggests that moonshining was enough of a problem that draconian laws were put in place to stem the flow from illicit stills (or perhaps a little side action on those royal stills when nobody was looking). Awamori had its ups and downs since the 18th century — not unlike American moonshine — but modern distillers seem to understand that the success of the class is anchored in quality product.

An almost heart-wrenching section — that is, from a drinker’s point of view — describes the utter destruction during World War II of awamori stocks that were well over 100 years old. After a bombardment by the battleship USS Mississippi annihilated the center of awamori making in Okinawa, “[S]tocks of black kōji spores necessary for making awamori destroyed. After a desperate search, a straw mat with traces of kōji on it was found under the rubble of one distillery and, after several failed attempts, the mold was successfully cultured.” Kōji (Aspergillus oryzae) is not much used in the West, but the fungus is essential for converting starches to sugars in several traditional types of Japanese fermented food and beverages.

At the time of printing, Bunting noted only 46 awamori distilleries remaining. Fortunately for the curious traveler or Japan-based drinker, he profiles a number of bars that specialize in the spirit. One of these days, I will get to Japan and I will sample awamori in situ. And Japanese whiskeys. And sake. And shōchū.

Until then, I have Drinking Japan to help me plan where and what to drink when I get there.

Cheers, Mr. Bunting, for the read.

Posted by Matthew Rowley at 5:49 PM

And cheers to you for the review!
Chris