Want to Start a Brewery in San Diego?

San Diegans are fortunate that so many good breweries call this place home. We have Stone Brewing, Lost Abbey, AleSmith, Ballast Point, and more. Jay Porter, the godfather of 30th Street, wants to add one more.

30th Street is a stretch of road in North Park, a neighborhood that borders Balboa Park and is home to many Craftsman homes from the 1920's and 30's — it is, incidentally, my neighborhood. In the five years I've lived in San Diego, the street has gone through a renaissance that's seen coffee shops, restaurants, and pubs open. The place has become a real draw and Jay Porter is part of the reason.

Porter is the moving force behind the San Diego restaurant the Linkery which he founded in 2005 as well as the year-old El Take It Easy. As local beer aficionados know, the Linkery has been serving great beers almost from the get-go as well as special beer dinners with West Coast brewers. 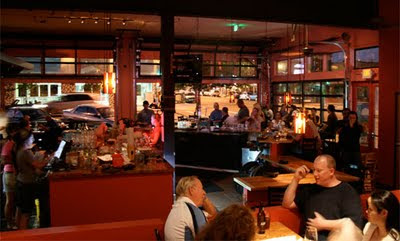 As our changing economy makes so many of us rethink business models, Porter writes that he's mulling over the idea of turning over the Linkery's space to a brewery:


The passion that brought me into the business in the first place was urban development — I wanted to help transform our old streetcar neighborhoods along 30th Street back into the lively, pedestrian-based places they were conceived as. Now, I think we in North Park are a bit heavy on the restaurant/entertainment side (which makes me really happy compared to 2004, definitely) and light on offices, workplaces, retail stores, and, most importantly, places that make things. I’d really like to help our neighborhood put our culture of craftsmanship front and center. And a great place for us to start is, naturally, beer.

Specifically, I’ve recently become semi-obsessed with the idea of the Linkery transforming into a brewpub. “Brewpub” isn’t really the word, I should say either a brewery with an excellent restaurant or an excellent restaurant that brews its own beer. I picture the space on the corner of 30th Street and North Park Way, with the open-air vibe and the beautiful city landscape, as a brewery/restaurant and it makes me think the neighborhood would be even more awesome than it already is.

I love this idea.  Doesn't San Diego have enough breweries? No. Nor do we have enough distilleries. The building, unfortunately, is not set up to run a still — but making gallons upon gallons of great local beer? Hell yes. I encourage anyone serious about the idea of opening a brewery in San Diego to track down Porter at the Linkery.

Photo above from Assemble Magazine. Original here.
Posted by Matthew Rowley at 2:06 PM