Brandy, Smokes, and the Queen of Jam

The past two weeks have been ultrabusy with work. Just how busy? Until last night, I hadn’t had a proper cocktail in almost two weeks. No after-dinner eau-de-vie, no splash of bourbon, no swizzle, corn ‘n’ oil, or absinthe drips. Sadly, not even a snifter of Calvados before bed. [Edit 10/25: there may have been some single malt moonshine—let's not get carried away, after all, with this idea of a hooch-deprived pity party]

Late yesterday afternoon, cocktails and I got reacquainted at bargain pricing.

This Thursday found me—mirabile dictu—completely done with work by 10am, so I embarked on some inconsequential personal errands. A half-gallon of Trader Joe’s milk was last on the list. Well, but then I wanted a bar of dark chocolate for a cake I intend to make this weekend (using the cream soured—on purpose—Tuesday), and the TJ wine selection is always engaging. Time to grab a little hand basket. On reflection, some beef marinated in red wine would be good on the grill with an armload of the feral rosemary that grows nearby, so I got some low-cost bottles (nothing over $14) and then started wending my way to the register.

That’s when my freakishly acute peripheral vision picked up an unfamiliar color pattern in the liquor section. I turned, leaned down, and saw a double row of Jepson’s “Rare” alembic brandy. I remember thinking “Huh, that’s kinda high-end for Trader Joe’s” —and then noticed the price: $19.99. Quickly, I glanced to both sides, suddenly as furtive as if I had found a wad of cash on a barroom floor, and tried as best I could to block that section of the shelf so nobody else could see while I worked out the next steps.

For $2 less than a bottle of Absolut vodka at the local BevMo, I could snag a 750ml bottle of California brandy that normally retails for around $34. In two trips to the store that day, I bought enough to last us the rest of the year...Which year, I’m not saying.

Straight up, the nose of this alembic-distilled brandy is noticeable from about two feet away. And what a lovely nose. The taste is mildly sweet, but rounded, and reminds me of vanilla, honey and, faintly, cinnamon with some oak to it. It’s a smooth, very drinkable California brandy made of Colombard grapes (a Cognac varietal) and aged in Limosin oak. Although the label doesn’t specify, the 80-proof spirit averages about six years. It's lovely at $34, but at about 40% off that? It's a steal.

Fancy talk, but how does it hold up in one of my favorite brandy drinks, the sidecar cocktail? Just hands-down delicious. That’s the drink that sent me back to the store for more (see below for the sidecar recipe). 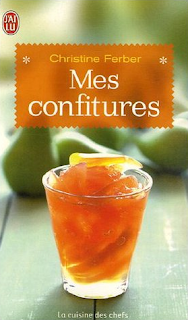 But before that, I decided to enjoy a lazy moment and pulled a chair to the patio table under the bamboo, clipped and lit a stogie, then cozied up to Mes Confitures, an amazing book on jam- and jelly-making by Christine Ferber, the Alsatian chef dubbed “la fée des confitures” by the French press. “The Confiture Fairy” doesn’t quite work for me, so I willfully mistranslate it as the Queen of Jam. If your French is so-so, Michigan State University Press issued a translation in 2002. If you are at all into making your own jams and jellies (blood orange marmalade sours, remember, are frackin’ delicious), do yourself a favor and score a copy of her book.

Once another slow day rolls around, her gelée à la bière et aux épices (that’d be a spiced beer jelly to you and me) looks like it would be a mighty tempting afternoon experiment.

I’m the meanwhile, I’m up to my gills in brandy for cocktails and chi-chi rumtopf. Now that I’ve bought as much as I ought to, it’s safe to tell you Californians (Trader Joes, inexplicably, doesn’t ship) to score a bottle or three.

Squeeze lemon juice into a bowl. Dip the rims of the glasses you intend to use in this, then rim in granulated sugar (demerara, white, bar sugar, whatever suits your taste). Mix and shake with ice equal portions of strained lemon juice, brandy, and Cointreau (one ounce of each makes a manageable size, but feel free to scale up), then strain into the rimmed glass. Down it before the blush of ice is off.

Allison, who blends Jepson, is amazing. Hearing her talk about brandy is wild. Brandy is alive to her. She talks about blending it the way you would talk about introducing friends.

If you talk to Allison, pass along my compliments. I fully intend to introduce some of her bottled friends to some friends of mine from the nearby farmers market. Come New Year's eve, we should all be ready for a hell of a shindig. If you are in the neighborhood, stop by.