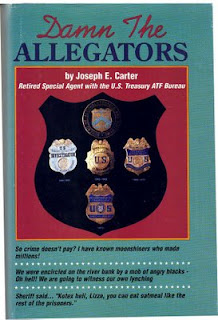 Sheriff said…
“Kotex hell, Lizza,
you can eat oatmeal
like the rest of the prisoners.”

I’ve been called a Yankee, which is not entirely unreasonable if you listen to my accent, though that’s so hard to pin down that I’ve been taken for a local in places as diverse as New Orleans and Amsterdam. I’ve also been taken for a law enforcement agent because of my close-cropped hair and lines of inquiry that tend to deal with illicit liquor. 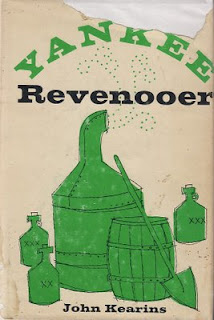 Some distillers, though, have assumed—because I am sympathetic to illicit whiskey and folk distilling and because I like a drop of home-distilled beverage on occasion—that I surely must despise cops. Not as rule.

In fact, if it weren’t for active and retired law enforcement agents who put me on the trail of allegedly retired moonshiners, I would have had a much tougher time writing about American moonshine. Cops tend to be great storytellers, especially when it comes to the cat-and-mouse games of wily distillers whose sheer audacity sometimes stymies belief.

Revenue agents, empowered since the 1860’s to “protect the revenue” of the US, have a long history of writing down their stories, sometimes in journals that have been squirreled away in attics, basements, and closets across the country. Along with them are photos, posters warning of poisonous moonshine, and other memorabilia from the days when hunting moonshiners was a priority.

A few revenooers have published their stories as books or articles in “I remember”-type columns in local papers about tax-dodging moonshiners. I’ve been trying to track down as many as possible, hunting not just bookstores and online sources, but museums, archives, libraries, historical societies, etc. A few to get you started if, like me, you’re interested in both sides of the argument that rendering unto Caesar isn’t a practice universally beloved. 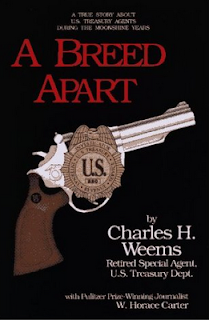