If you’re buying holiday presents for modern “cocktailians,” chances are they’ve got strong opinions about the proper way to make old drinks such as an Aviation, an Old Fashioned, a Japanese Cocktail, a Monkey Gland, or a Hari-Kari. 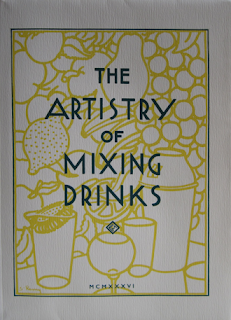 Set yourself up for being served some tasty beverages down the road by buying your little drinker some of Greg Boehm’s reproduction bartender manuals that include these drinks and hundreds more.

Under the Mud Puddle imprint, Boehm publishes facsimile editions of-out-of print cocktail manuals with introductions by modern drinks authorities such as Robert Hess, David Wondrich, Ted Haigh, Audrey Saunders, and Brain Rea. While original copies of some titles can go for hundreds of dollars through antiquarian sources or eBay, the Mud Puddle versions—which are near clones of the originals—can generally be had for under $30 each.

In general, the books document not just cocktails from bygone eras, but also recipes for country wines, cordials, syrups, and bitters. Of my thousands of recipe books, these are some of the tomes I mot enjoy plucking from the shelves. They are a must for anyone intent on getting serious about their cocktails. 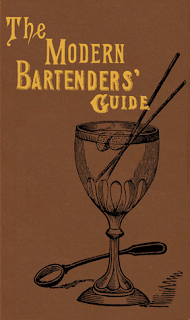 For the record, here’s O. H. Byron’s 125-year-old recipe for the Hari-Kari

Make a whiskey sour large enough to half fill a brandy glass or tumbler when strained, and fill with seltzer or Vichy to suit the party.
Dress with fruits in season.

See the gift guide as it grows here.
Posted by Matthew Rowley at 6:59 AM