The Depth of a Drink 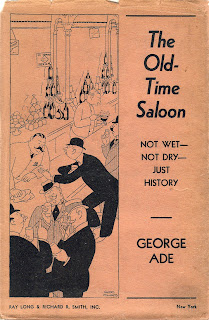 A bar I used to frequent served $3 martinis at happy hour. Blessedly, happy hour was two hours long. On Tuesdays and Thursdays, it came around again at 9pm. Woe to those who soldiered through both. Now, the martinis weren’t very good. In fact, they were little more than well spirits colored with fruit juice and synthetic flavors; cosmopolitans, sour apples, chocolate who's-its. Hell, they weren't even martinis. But the crowd was always a blast, so we came back for more. Gimme a break. You never drank anything you regretted? On Mondays, the steaks were buy-one/get-one, so for $20 a head, you could get full and buzzed while still tipping well.

The bartenders, though, poured drinks to the brim of the glass. Drinking in Amsterdam, I’m all for a small glass that holds enough chilled genever or korenwijn that it bulges over the lip. There, you’ve got a more leisurely pace that allows you to take a sip before even moving the glass. But in a loud, bustling bar that’s packed elbow-to-elbow, you’re asking to wear your drink.

So I smiled in appreciation when I came across George Ade’s reminiscences on pre-prohibition saloons from over eighty years ago.

Regarding the glass into which the slug was decanted, there were certain unwritten rules of etiquette meant to regulate the pouring, but these rules were not always observed. What was known as a “gentleman’s drink” never approached the rim. Probably an ounce and half of dynamite in solution represented the portion which would not cause the clerk to give the buyer a hard look or gently inquire, “Will you need a towel?” The implication being that preparations were under way for the taking of a bath.

Let’s all hear it for gentlemen’s drinks in smaller servings bigger glasses.