A Boston doctor issued a pamphlet
explaining how an innocent jug of molasses
could be turned into a vile jug of rumwith nothing more than a copper coil.
In a few days there was not a length of copper to be had
in the entire city.
Kellner, Esther (1971) Moonshine: Its History and Folklore.
Weathervane Books, New York.

That a certain segment of American society took Prohibition with grain of salt is apparent even still. Otherwise law-abiding citizens regularly circumvented statutes forbidding beverage alcohol by purchasing bootleg liquor from Canada, ersatz gin, and so-called Scotch (which may never have been anywhere near Scotland). Evading the law became a national pastime. Those wealthy enough to afford it traveled abroad to get their drink on. Many turned to home-brewing their own beer and wine. Some turned to small stills for their own use while others began moonshining on a massive scale.

The Scofflaw Cocktail, a rye and vermouth concoction, dates from this era. It followed hard on the heels of a national contest sponsored by wealthy prohibitionist Delcevare King (Harvard, class of 1895) to come up with a name for those who drank against the law. The scofflaws promptly named a cocktail after themselves. 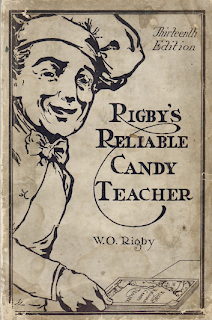 But even candy makers and soda jerks got in on the hijinks. In Rigby’s Reliable Candy Teacher (13th edition, 1920), confectioner W. O. Rigby offers this thumb to the nose of the Anti-Saloon League:

In a glass stein or beer glass, prepare the dessert form of gelatine and run this in the stein or glass up to about 1 inch from the brim. This gelatine run into the glass should be a light amber color and flavored to suit. After running it in the glass or glasses, allow it to congeal. Whip up a certain amount of acidulated gelatine which has been dissolved over a steam bath. Just before it sets place it in the steins or glasses, and allow it to froth over the top. The result is an accurate imitation of the way a stein of beer “would look.” This is a novelty that takes exceedingly well as a burlesque on prohibition.


A word on schooners: In Kansas City, as late as the early 1990's, one could order a schooner of beer (especially the local and delicious Boulevard beers) from taps in old-school joints. The schooners there were massive goblets holding almost half a liter. If things got dicey, they could also be used to subdue troublemakers. Not that I ever saw this, of course. But I did see a few schooners bounce off wooden floors where other glasses would have shattered.

CocktailDB shows a more delicate (though still substantial) mug than what we called schooners. What I had in mind when I read this was more like this. See, also, Mindy Flacks showing how it's done at Louise's Downtown in Lawrence, Kansas. Attagirl, Mindy.