Home Fires: The State of Home Distilling in the US 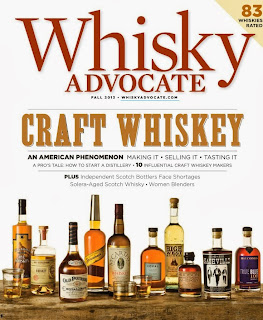 Lew Bryson, editor at Whisky Advocate, asked me write about the current state of affairs for home distilling in the United States. A blanket federal ban on the practice is in place, but a few states are bucking those laws with more permissive laws and regulations of their own. Regardless of the laws, sub rosa distillers from the East Coast to the West are making an awful lot of homemade liquor for themselves, their families, and friends. No, I didn't forget you, Alaska. In fact, I'd be surprised if we don't see a new reality show called something like Alaska Bootleggers or Ice Road Moonshiners in the near future. From the Fall 2013 issue of Whisky Advocate, here's a piece originally titled Home Fires.

Casual observers often assume that home distilling, like wine making or beer brewing, is legal in America. Zymurgy Bob knows better. According to federal law, distilleries are never permissible in homes. His advice? “Do everything you can to reduce your visibility to the law,” he exhorts. “Conceal what you are doing.” The pseudonymous author of Making Fine Spirits, a guide to building and operating home-scale stills, closes his introductory chapter with modern home distilling’s most ironclad commandment: Thou Shalt Not Sell.

Alcohol distillation in the United States is highly regulated and federal judicial code is uniformly severe with those who skirt the rules. Once federal prosecutors bring charges against a suspect for illicit distillation, they are forbidden by law from dropping the case without express written permission from the Attorney General. If found guilty, violators could face up to five years in prison and be fined $10,000. Because illicit distillation, the argument goes, is a tax dodge, those who defraud the United States of tax revenue through such clandestine distilling shall forfeit (not may or might — shall forfeit) the land on which the distillery is located as well as equipment used to make spirits and all personal property in the building and yard.

Running off a few liters of whiskey or ultra-pure vodka in the basement may seem a harmless pastime to some, but are they perverse enough to risk losing homes, land, and nearly all their possessions by actually firing up a still?

For thousands of Americans, the answer is yes. Across the country, hobbyists buy and build small stills for making spirits in secret. Profit is beside the point; these distillers do not sell their products. Compared to the output of Chivas or Beam, their covert batches of gin, rum, seasonal brandies, whiskey, and hausgemacht absinthe are miniscule. Tuthilltown Spirits alone loses more in angel’s share than what most hobbyists produce in a year. Their enthusiasm, however, burns no less brighter than that of professional — and legal — craft practioners.

One California hobbyist, Navy Frank, grows wormwood in his yard and keeps glass jugs of homemade spirits in his dining room. Home distilling, as Frank describes it, is a facet of a larger DIY ethos. “It’s a maker mentality that drives people to make homemade cheese or beer or build something with their own hands or garden. There’s all this wonderful cross-pollination. If you sketched the connections of what people like us get excited about, they would form the most overlapping Venn diagram ever.”

Frank — not his real name — is a Navy veteran and an engineer by trade. In his cellar he makes rum, neutral spirits, absinthe, honey distillates, and a peated single malt. “That’s probably my favorite, but after sharing, and sampling, and more sharing, I’m down to just one bottle.” His modular distillery system uses three separate pots that can be rigged with different heads and condensers that vary with what, and how much, he is making. The largest boiler could hold a child. The smallest, no bigger than a rice cooker, is for extracting botanical essences.

I mention a New York distiller who created a flavor library of over 200 botanical extracts, including angelica seed and rare agarwood. “Oh,” he smiles. “Ramón!” Despite the continent between them, the two distillers know each other through online hobbyist groups. In this, they are typical. Hobbyists regularly turn to online forums such as Yahoo Distillers and Artisan Distiller for guidance. Like Frank and Bob, Ramón prefers a pseudonym, but because he works in the distilling industry, his concern goes deeper than their straightforward desire to avoid legal attention. While it’s not uncommon for craft distillers to have learned the basics of their trade at home, and even continue to refine it there, the majority who do so will not admit that on the record. Like them, Ramón assumes investors, concerned that federal liquor violations could ruin a licensed distillery, might jettison a partner or employee accused of illicit distilling. “If TTB keeps making it easier to open distilleries,” he muses, “then maybe the hobby side of the equation could finally become legal. I’d happily pay for a permit to make ten gallons or twenty each year for myself. I bet 90 percent of home distillers would do the same.”

While it’s true that several hundred American craft distilleries have opened in the last decade, the Alcohol and Tobacco Tax and Trade Bureau (TTB) does not issue permits for home distilling for any price. Some states, though, allow noncommercial production to varying degrees. Alaska, for instance, excludes “private” manufacture of spirits from its alcohol control laws...except in quantities that exceed federal limits. In other words, Alaska allows zero liters for home distillers. Missouri is more explicit, asserting that “No person at least twenty-one years of age shall be required to obtain a license to manufacture intoxicating liquor...for personal or family use.” Such use in the Show Me State, it may be noted, is up to 200 gallons per year. Go, Missouri. Arizona expressly permits personal distilling of spirits such as brandy or whiskey if owners register their rigs with the state’s Department of Liquor Licenses and Control. According to DLLC, however, none has done so.

Mike McCaw, distillery consultant and publisher of Zymurgy Bob’s book, argues that as governments are forced to examine all spending, “We may, just may, be at a political inflection point where [legalizing home distilling] could happen...it is simply not cost effective to chase down people with ten gallon stills.” Bob himself is less sanguine. Speaking by phone on his book tour, he says that pursuing people with ten gallon stills “does make sense if they’re selling it and there is tax evasion going on. And that is one of the main points of the whole “do not sell” prohibition. There is no money and so no tax being evaded there.”

Posted by Matthew Rowley at 9:32 AM

Most of us think that "we're" hard done by, given national gov regs about home distilling.

The article just shows that while there's a small number who're better off (NZ etc), the majority are actually worse off.

Haven't read Zbob's book, but his postings via forums are brilliant.......

Thanks for the article.