There's no particular reason you should know Davis, but if you know my work on moonshine, you've felt his touch. I met Davis, an anthropology professor, more than twenty years ago as an undergraduate student at what's now called Truman State University. By chance I took his introductory anthropology class to fill a general requirement. It was a fateful decision. 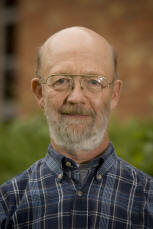 Mediocre students found him boring. It was a different story for me. I had heard of anthropology, of course, as a kid, but my eyes were glued on science. Once I entered college, I thought I would leave behind the things that fascinated me as a kid; fossils, tales of Amazonian and Polynesian explorers, storytelling, how human bodies were put together (and taken apart), martial arts, strange plants and what can be done with them, cannibalism, archaeology, foreign languages, etc. Under Davis' tutelage, I learned that all these are exactly the sorts of things that anthropologists study. Took me a year to switch majors, but once I did, I never looked back on the biologist I might have been.

Davis become my advisor and my mentor. He taught me about paleotechnology: how to use an atl-atl to throw a spear harder and longer than I could with my arm alone, how to knap flint spear points and arrowheads (including a cheaty sort of arrowhead knapped from the bottom of a bottle a repugant Mexican vodka), how to tan leather, and how to make beer by chewing corn and spitting it into a communal bucket where enzymes and wild yeasts went to work to yield a Peruvian specialty known as chica. I won't pretend that it's delicious. He taught me tai chi. He rekindled my interest in German and Russian (though French, he argued, "should be against the fuckin' law.") and taught me the basics of linguistics that have served me well to this day.

He once butchered a deer in my basement because he didn't want his wife knowing he'd bagged it. When I went outside, I realized he had dragged the bleeding carcass from the bed of his pickup truck to my cellar door...over the fresh, white snow. My yard looked like the scene of a massacre.

As for moonshine — It wasn't a specialty of his. In fact, I never saw him drink more than beer, and Coors at that. But Davis spent long hours teaching me about fieldwork, about how to approach people and get them to talk about their lives, what they do, why they do it. He taught me gentle and purposeful interview techniques and the ethics of interviewing. He taught me how to earn trust and keep it from people who were not inclined to trust outsiders.

Naturally, these skills served me well in boardrooms and in business (not the spear-throwing and butchering bits, necessarily: the getting people to open up bit), but before moonshine and white whiskeys achieved their modern hipness, homemade liquor was still an esoteric practice, and those who made it were secretive — sometimes violently so.

With techniques I learned from Davis, I sidestepped death threats and promises to beat me, burn down my house, and kill my family for asking questions about moonshine and instead got some of those same people to invite me to their homes, to meet their families, and to show me their stills. It's all a walk in the park talking about moonshine and moonshiners today, and I'm fortunate that moonshiners and home distillers seek me out rather than always the other way around. But twenty years ago, questions like those I was asking could get a person beaten or killed.

It's thanks in part to Davis that they didn't.
Posted by Matthew Rowley at 8:39 AM

Nice tribute to a great teacher!