Last month, a road trip took me through California and Arizona. The trip was for work, but I got to hit a handful of drinking landmarks along the way. Tucson’s Kon Tiki was the first, followed by Polynesian prop provisioners Oceanic Arts in Whittier, California. The last stopover was an extended happy hour at Tiki Ti in Hollywood. 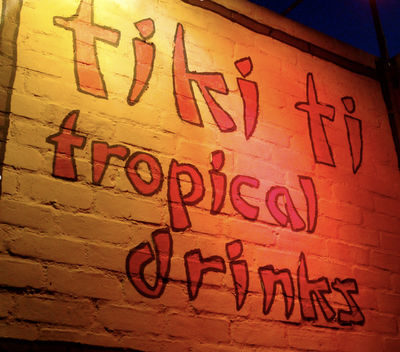 Tiki Ti (“the Ti” among friends who introduced me to it) has been kicking around since 1961. When Filipino bartender Ray Buhen founded the tropical bar, Kennedy was president. It was the year the Berlin Wall went up and the CIA reckoned the Bay of Pigs was a solid plan. Heady times. All of that’s gone. All except the Ti, that is.

Buhen, who had worked at Don the Beachcomber’s and Steve Crane’s Luau, banked on the popularity of rum-heavy tropical drinks he knew so well. He scored big time. His bar is not just still around: it’s still owned by the same family and is now run by his son, Mike Buhen, and grandsons. Tiki pilgrims will find iconic drinks prepared well and fast. But they’ll also bump elbows with locals — this is very definitely a neighborhood bar as well as a destination. 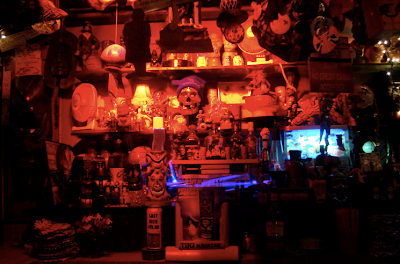 Over a few rounds, I chatted up patrons who lived nearby. One young couple referred to the joint as their living room and was working their way through nearly 90 drinks named on the menu. The walls, posts, and support beams are festooned with little cards bearing the names and messages of regulars who, over the years, have attempted to tackle that list. Silverlake barware supplier—and friend to bartenders everywhere—Joe Keeper is up there, right above the door’s lintel. Overwhelmed by the choices and can’t decide on a drink? Take a spin of the wheel and accept whatever potation fate declares. Seriously. No changing your mind. If you aren’t up for taking whatever the wheel deals, then just pick something off the menu. 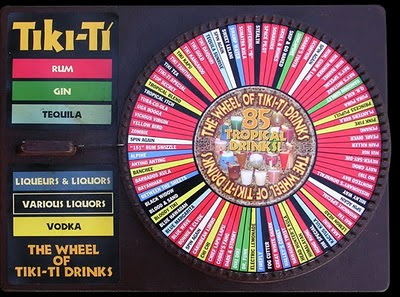 But here’s the thing. Tiki Ti is small. Maybe a dozen stools at the bar and even fewer small tables. You could walk from end to end (when the place is empty) is five seconds. When it’s open, the joint is packed. Bartenders, tourists, business travelers, locals, and regulars jostle each other for a place at the cash-only bar. Lubricated with Scorpion Bowls, Nui Nuis, Painkillers, and 151 Rum Swizzles, the crowd is jovial and boisterous—but never so busy you can’t get a fresh cocktail.

If you plan on making a trip to Tiki Ti, check out their website for hours. It’s closed completely Sunday-Tuesday and only open evenings the rest of the week. Last call’s at 1:20am. It also closes for a while every now and then, so become a fan on Facebook and get hip to the schedule.