The Secret Bars of Southern Decadence

Any hot mess on Bourbon Street can get drunk during the five-day, mostly (but not entirely) gay extravaganza of Southern Decadence that’s ramping up this weekend. But civilized drinking in New Orleans requires an insider’s knowledge. 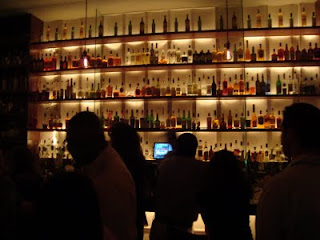 Put on a shirt, fix your hair, and ditch the go-cup daiquiris. Stride past the liquid hand grenades and the cratered sorority girls left in their wake. Slip instead into the rarefied dens of gentlemen for an education in elegant drinking. It’s time for a breather from the party to imbibe sublime cocktails under the tutelage of the Crescent City’s most revered bartenders. Best yet? Most are within walking distance of the French Quarter’s host venues.

Begin with a hot towel, a shave, and a tumbler of whiskey at eminently respectable Aiden Gill for Men. Aiden Gill’s place is a car ride away from the Quarter. But you’ll walk away with a baby smooth face and an appreciation of some of the treats waiting for you away from the hullabaloo.

Now it’s time to visit New Orleans bartenders who greet well-groomed and well-behaved drinkers with perfectly-crafted cocktails and professional demeanors. While their parlors may grow busy, the mood is always civil, for civility prevails on both sides of the bar. And, seriously, put on a shirt and wear pants. 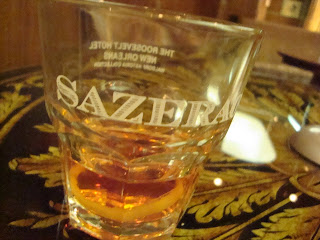 A final fashion note: New Orleans is a hat town. While many don hats under the sometimes brutal sun, gentlemen buy with pride at Meyer the Hatter (and those in on the secret know that behatted guests of the Swizzle Stick Bar are plied with free martinis—limit three, please: hot messes are frowned upon).

Nice round up, Matt. Brooks made me a brandy French 75 at Luke with a luxardo cherry in it -- a stupendous drink.

I'd say that if you want to stick to the plastic cup/26 ounce theme, Port of Call is a great compromise. The monsoon is a great, chilly, refreshing, drink, and the burgers . . . oh, man.

Max ~ Port of Call would've fit right in as a fun place to hit, especially if your hair cuttery of choice were the R Bar on Royal rather than Aiden Gill. Man, I could go for one of those PoC burgers right now. And not just a little drink to go with it, but a great big strong icy drank. It's true: I don't always fancy the rarefied dens of gentlemen.

Great post! i wish i had known about these places before i went to the Tales..i`ll remedy that next time;-)

Tiare ~ next time you're in New Orleans (July?) let me know ~ we might just have to make the rounds. I left off the Mayfair ~ a favorite right off St. Charles, but a dive.