When shopping for liquor, mom & pop bottle shops are some of my favorite places to score regional specialties and discontinued bottlings. Unlike larger, corporate stores, small owner-operated outfits may hang onto dead stock for years just because they don’t know what to do with it. Shoved aside and forgotten, it can sometimes be had for pennies on the dollar. If you know what you like — or are willing to experiment — and know the going rate for spirits, the bargains are unbeatable. 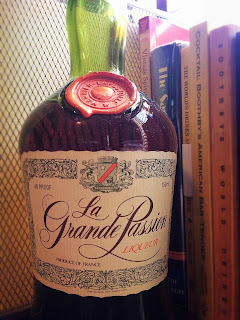 A sale shelf or “bargain bin” of discontinued items is a good place to start, but don’t be afraid to snoop around in less obvious places. Look on the bottom shelves. Don't just glance at what you can see from where you're standing — orphaned and discontinued bottles collect dust here; shift things around, move the front bottles aside to see what's really there. Also investigate overstock areas; owners often put rare, expensive, or odd bottles on shelves above and behind the cash registers. Out of sight, out of mind. Find out what's up there. If you’re not shy, ask what dead stock they’ve got the basement or in backstock.

I’ve found Herbsaint, Chartreuse, maraschino liqueur, genever, cachaça, and various whiskeys, brandies, and bitters at steeply discounted prices in these little stores. Recent finds include several bottles of old-formula Campari made before the shift to artificial dyes, an older bottling of Bols genever (at $17/liter versus about $30 in larger stores), and a few bottles of La Grande Passion, a discontinued cognac/passionfruit blend from the Grand Marnier folks. A case of the stuff had languished, forgotten, in the basement of a little Wisconsin store that's been around for decades. At $9.99 a bottle, it was priced to move. Good stuff, too. Pity it never found its market here.

Don't be shy about venturing into neighborhoods with stores run by families whose first language is not English. Here you may find obscure Eastern European brandies, one-time imports of tequila or mezcal, and other treats that owners consider part of their cultural patrimony, but might be perplexed that outsiders would even know about, much less want to buy. You won't necessarily score great bargains with this method, but you may well end up with bottles none of your friends have ever seen and spirits they've never tasted.

Dusty bottles are ok, but steer clear of leaking bottles, those with obvious evaporation, those with dried or cracked corks, and bottles with sun-faded labels — if the label’s degraded by light, the liquor likely is, too.

Note: a version of this originally appeared in The Zenchilada's newsletter.
Posted by Matthew Rowley at 2:00 PM