Alistair McAlpine, Chuck Cowdery, and the Distiller of the Year

In his 1992 book, The Servant, Alistair McAlpine espoused unswerving commitment to both a Prince and an idea — an idea so powerful that it is the Idea. Now retired from political life, Lord McAlpine held the office of treasurer and Deputy Chairman of Britain's Conservative party and was a close advisor to Margaret Thatcher. The Servant is his complementary riposte to Nicolo Machiavelli's The Prince and a fascinating read on the motivations and machinations of a ruthless, amoral fanatic. 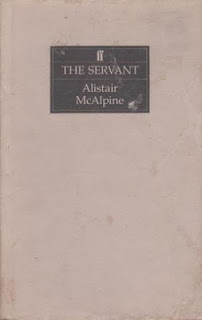 I was reminded this morning of one of McAlpine's maxims while reading Chuck Cowdery's recent piece on Wine Enthusiast magazine naming Michter's Distillery Distillery of the Year. In a line that has been embedded in my brain for the better part of twenty years, McAlpine opined:


In order to establish in the Prince's mind that the Servant is a specialist, it is important for him to comment only on his subject, and to assert, when asked of other matters, "I know too little to be of help."

This is, as is much of McAlpine's advice, disingenuous or at least a facet of the duplicitous public persona, the myth, a Servant must forge. A Prince's Servant after all exerts considerable influence, even in those fields for which he professes ignorance. But the sentiment is at the heart of Cowdery's beef with Wine Enthusiast. The problem, as he explains, is that the wine enthusiasts stumbled when they ventured into the unfamiliar realm of spirits. In fact, the modern brand Michter's is not a distillery — though a Pennsylvania distillery did once bear that name. It is that bugbear of brands laying claim to being actual distilleries to which the spirits writer has taken great exception over the last few years, a marketing creation he dubs a Potemkin Distillery. Writes Cowdery:


Michter’s today is what is known as a Potemkin Distillery. The façade is quite elaborate. They even have a person with the title of master distiller. His resume includes Brown-Forman, a major distillery owner and operator, except he wasn’t a distiller there. Wine Enthusiast Spirits Editor Kara Newman claims that Michter's is a distiller even though she acknowledges they “don't have their own brick-and-mortar facility.”

“Like a great many smaller producers,” she insists, “they have used stills at other facilities.” Newman claims that Michter's “selects the mash bill, yeast, etc. and oversees the physical distillation and other production details, right down to figuring out the best bottling strength and aging times.” From this she concludes that Michter's “is not working with whiskey made by anybody else.”

What she describes is a fanciful explanation of contract distilling, but it’s doubtful Michter’s even does that much. More likely they buy bulk whiskey, selecting from whatever is available. The whiskey Michter’s sells is good and making those selections is an important job, but it’s not distilling.

Read the rest of Chuck's piece — How Can A Non-Distiller Be Distiller Of The Year? — and his explanation of why such a move offends some here.

Posted by Matthew Rowley at 1:26 PM