The thing about marshmallows recipes is that they can seem long and intimidating, what with stand mixers and thermometers and whatnot. Know what else sounds intimidating? Detailed instructions for tying your shoes. Don't mistake precise, however, for difficult; these are in fact quite easy to make.  Once you know how to make marshmallows, you may wonder why you never tried them before now.

Perhaps you'll get a warmer reception than I did. 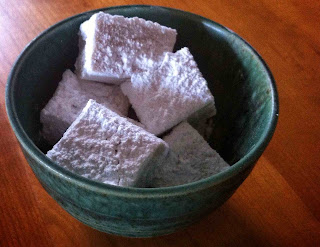 When I mentioned at home this morning that I'd made a batch of Smith & Cross marshmallows, the flash of stinkeye was instant. "I seem to remember," I was scolded, "that you sat on that couch a week and a half ago and said that you were going to start eating better." I didn't mention the multiple 1,200-calorie tiki drinks my accuser served me on that same couch not ten hours earlier. I did, however, explain that I hadn't said that I was going to eat them — only that I had made them.

It's true; I have been looking into joining a Crossfit cult gym and reading up on the so-called paleo diet (equal parts revisionist anthropology and sly marketing). It's also true that, like Jeff Goldblum's Mr. Frost, I enjoy making desserts more than I do eating them. For years, I've given away the bulk of the sweets I do make. Rum-spiked marshmallows, though, were too tempting to pass. 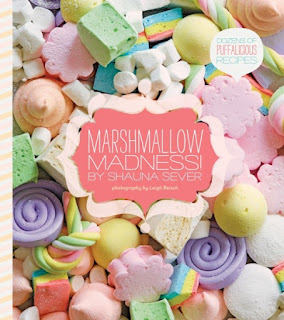 The idea for them came from Shauna Sever's recent book Marshmallow Madness! Sever recommends 80-proof Myer's dark rum for her Buttered Rum Marshmallows. Myer's is fine. I buy it by the handle for mixed drinks.  But I wanted something with a bit more funk, so switched at the last minute for the 114-proof Smith & Cross, a  Jamaican pot-stilled rum which New Orleans bartender Chris Hannah put to such good use one Mardi Gras in his cooler full of Chief Lapu Lapu cocktail. Drinks writer David Wondrich lumps it in his "pirate juice" category of recommended rums (see below). Except for that one improvement, the recipe below is Sever's. She notes:


These addictive confections have deep notes of brown sugar, a rich butter flavor, and just a hint of booziness. Perfect for adult s'mores or, freshly prepared and unset, this mallow batter makes for a dangerously delicious ice-cream topping.

These actually do make tasty s'mores, but be aware that homemade marshmallows get very gooey very fast over direct flame; if you want to make s'mores, I recommend ditching the sticks and instead heat them either with a kitchen torch or under a broiler. My biggest regret in making these came as I was pouring the whipped confection into the small baking pan to set up overnight. At that moment, I realized the sticky mass easily could have been the base for rummy Rice Krispie Treats. 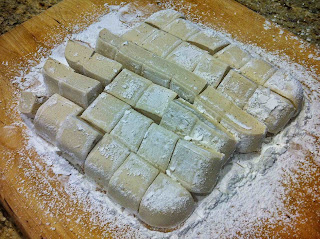 Whisk together the gelatin, cold water, and rum in a small bowl. Let it soften for 10 minutes.

Stir together the sugars, ¼ cup of the corn syrup, water, rum, and salt in a large saucepan over high heat. Boil, stirring occasionally, until it reaches 242°F to 245°F. Be prepared to monitor the heat: the syrup will bubble up suddenly around 190F as the alcohol starts to boil. Meanwhile, pour the remaining ¼ cup corn syrup into the bowl of an electric mixer fitted with the whisk attachment. Place the softened butter in a medium bowl. Microwave the gelatin on high until completely melted, about 30 seconds, and pour it into the corn syrup. Set the mixer to low and keep it running.

When the syrup reaches 242°F to 245°F, slowly pour it into the mixer bowl. Increase the speed to medium and beat for 5 minutes. Beat for 5 minutes more at medium-high speed. Beat on the highest speed for I to 2 more minutes, adding the vanilla. The finished marshmallow will be doubled in volume. Quickly scoop about a quarter of the batter into the bowl with the softened butter and whisk to blend. Scrape the buttered batter into the rest of the better and fold to blend well. Pour the marshmallow into the prepared pan. Sift coating evenly over top. Let set for 8 hours in a cool, dry place.

Use a knife to loosen the marshmallow from the edges of the pan. Invert the slab onto a coating-dusted work surface. Cut into pieces, dusting the sticky edges with more coating

The coating that keeps the confections from sticking to the pan, each other, your fingers, and everything in between is made of 3 parts confectioner's (aka 10-X) sugar to 2 parts cornstarch. The batch below makes more than this recipe uses, but it keeps in an airtight container and is worth making in a bulk if you intend to crank out marshmallows. It can also be flavored with a 1-2 drops of essential oils or colored with food coloring and run through a food processor.

Derived from the French phrase for the "high taste" game meats develop when they're hung up to mature before cooking — and by "mature," we mean "rot" — hogo used to be a term of art in the rum trade to describe the sulfurous, funky tang that raw-sugarcane spirits throw off. For 300 years, rum distillers have sought ways first to tame and then to eliminate it: high-proof distillation (more alcohol equals less hogo), filtering, tweaking the fermentation, long aging in barrels — all very effective, particularly when used in combination. Perhaps too effective.

Posted by Matthew Rowley at 5:36 PM