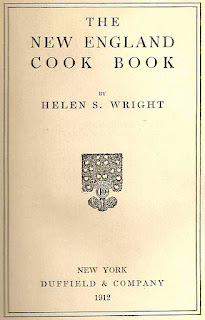 An untried recipe for my brewing friends who have loads of hops lying around. Yeah, I know; January is the wrong time of the year for fresh hops, but come this Spring, there will be hop shoots to eat in the German style like asparagus and, after the vines blossom, plenty of hops syrup for those tempted by such things — either for preserving gooseberries as Helen S. Wright suggested in her 1912 The New England Cook Book or for adding bittersweet notes to cocktails.


To Preserve Gooseberries in Hops

Take large gooseberries, make a small hole in the end and remove the seeds; be careful not to break them. Take fine long thorns or thin skewers and fill the stick of thorn with gooseberries, place in a covered pan, with enough water to cover the fruit, scald, but do not let the water boil, until they are green. Drain them. Have ready a syrup made by boiling whole gooseberries until they break; drain off the water. To 1 pound of hops allow 1½ pounds of granulated sugar; to this add the water and let boil until the hops are clear green; then take them out and lay them on a platter.

Boil the syrup until it is thick. Place the hops in a deep jar, then put in the gooseberries that are on the sticks, cover with syrup, and seal.