TheZenchilada and a Corn Whiskey Cocktail

TheZenchilada launched yesterday. The New Mexico-based online journal aims to use food as a “vehicle for better understanding ourselves and one another.” First issue is all about corn. Yes, there’s a body/mind/spirit angle — New Mexico, remember? — but don’t let that scare you off. It’s also a really enjoyable read, at turns both erudite and funny. 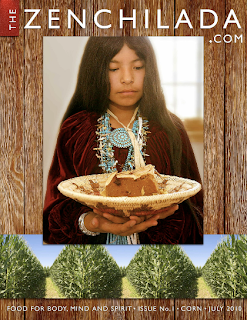 Ronni Lundy (who once quipped “If God had meant for cornbread to have sugar in it, he’d have called it cake”) meditates on what it means to be a Corn Tortilla Nation and provides a recipe for Shrimp and Grits Tamales; Diana Del Mauro writes about the role of a corn cake in kinaaldá, the Navajo rite of passage for girls; and Matt and Ted Lee also tackle shrimp and grits — as well as corncob wine.

There’s Sarah Fritschner’s Corn Smut, her take on huitlacoche, the black fungus that I love on tacos and Bill Smith’s honeysuckle sorbet. I haven't had Bill's sorbet, but his cooking at Crook's Corner in Chapel Hill remains one of the highlights of my time in North Carolina. And, oh, hey. Know what else is there? My piece Corn Whiskey Makes a Comeback, including a discussion of current brands American corn whiskey (there aren’t many — but that’s changing) and recipes.

My notes on a corn whiskey cocktail: 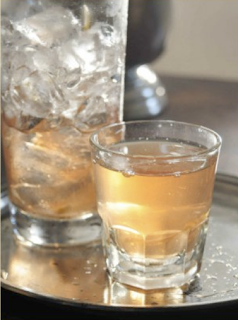 When I’m not drinking corn straight up, I’ll sometimes make a Corn Tassel, an original drink that started as a whiskey sour but morphed into a more complex short drink with a distinctive corn nose. If you don’t have a bottle of Jerry Thomas’ Own Decanter Bitters knocking about, you can substitute Angostura bitters, available in most grocery stores. But the former, from The Bitter Truth, are worth seeking out.


Shake with ice in a cocktail shaker, strain into an old fashioned glass, and serve up. If you go for frou-frou, give it a lemon twist. Don’t even think about a baby corn garnish. That ain’t cute; that’s just nasty.

Thanks to Ryannan Bryer de Hickman for the Corn Tassel shot. For the rest, go to TheZenchilada.com
Posted by Matthew Rowley at 8:18 AM