It wasn’t uncommon, in the early years, for soda fountains to explode.
~ Darcy O’Neil
Darcy O’Neil has forged a thing of wonder. 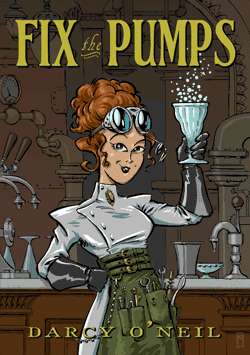 O’Neil, who writes about beverages at Art of Drink, has leveraged his training as a chemist and bartender to bring together a fresh understanding of American soda-fountain drinks in his recent work, Fix the Pumps.

Soda fountains, You know: filthy, sticky wallows of vice where, for mere pennies, dope fiends could get their daily fixes of cocaine, strychnine, and morphine. See? Fresh understanding. O’Neil lays out a picture more akin to Luc Sante’s 19th-century New York underbelly than the squeaky-clean soda fountains fetishized by Americans yearning for wholesome, simpler times. When he’s done, you can appreciate why the anti-alcohol Temperance League waged war on soda fountains.

In about 100 pages, Fix the Pumps covers the origins and historical trajectory of American soda fountains and their relationships with druggists and saloons. It also cover basic chemistry and the terms, tools, and ingredients necessary to make the kinds of non- or low-alcohol drinks one would have been served in a soda parlor until the early 20th century. 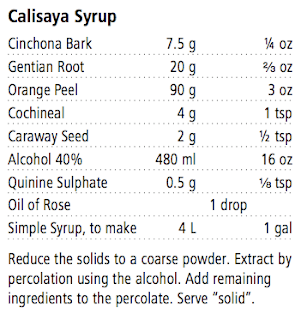 For another 8o pages or so, a tightly organized collection of recipes for bygone syrups, tinctures, and flavorings is laid out. In addition to recipes for straightforward beverages, O’Neil includes directions for making nearly extinct classes of drinks—phosphates and lactarts. These drinks, once found across the country, have faded into such obscurity that in my entire life, I’ve only run across two parlors still making them.

These aren’t secret recipes, exactly, but they are the kinds of things you’d find primarily in obscure old recipe books, formularies, circulars, and manuals intended for the professional apothecary and druggist trade—the kind of books I have at home, but that’s because I spend too much time indoors. 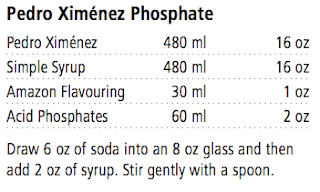 Part of the beauty of Pumps is that O’Neil’s done the heavy lifting for you by scouring a long list of those old tomes to select a comprehensive and representative sample to transcribe and organize. He’s also converted archaic apothecary measurements of drachms, gills, grains, and minims into easy-to-replicate metric and American units of milliliters, ounces, grams, etc.

As much as I admire and respect what O’Neil has done, I absolutely hate the fact the Fix the Pumps is available only as a PDF right now. Don’t get me wrong—I’m glad to have it on my desktop. But there’s the problem: it’s on my desktop. Since it exists only as a PDF, I’m tethered to a computer whenever I want to refer to it. No taking it to the park, no reading it in bed, no thumbing through it at the coffee shop. Consequently, I read it much less than I want to. See, if I’m mixing syrups and blending acids, I don’t want my computer — or even a new iPad — anywhere near hotness, stickiness, or potentially corrosive mixtures. Darcy says that he’s considering a printed version. I will buy it the day it comes out. 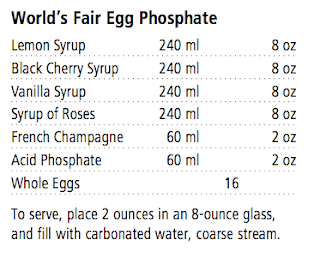 Fix the Pumps also desperately wants an editor. O’Neil has taken on the gargantuan solo task of sorting through and presenting a delightful cache of forgotten gems of particular interest to the cocktail crowd. There’s no question that the author knows his stuff. But the writing wanders at times from repetitive narrative to sharply focused, crystal-clear explanations, and then back into the narrative weeds. A second, printed edition may also give time to tighten the copy.

These are minor concerns, though. I’m delighted to have a PDF of Fix the Pumps and eagerly anticipate a copy sitting on my shelf. Or my kitchen counter. Or my nightstand. I might even get one for the shelf and one to get sticky.

Addendum: One nice thing about the PDF—in fact, a major strength—is that I get to review these old recipes without thumbing through my 19th- and early 20th-century manuals at home. These tend to be fragile books and a digital copy means that there's no accidentally tearing a yellowed page or breaking a spine or getting a smudge on a cover. I don't think PDFs or worthless (far from it): I just think books are better.

I got the PDF and would definitely buy the print too!
Totally see your point about having a paper copy for bar/kitchen use. Unfortunately, many of my old manuals and books are also in PDF, so the computer is getting used to the kitchen (To the point where it almost needs to attend AA meetings…) :)