Mike McCaw will be giving what I think may be a very well attended and exciting, interactive session, Artisan Still Design and Construction on July 17th, and I plan to be there. All of us out there, the hidden hobbyists, the tens of thousands of home distillers who frequent the distilling forums on the Internet, know who Mike is and hang on his every word about home distilling.

Artisan home distilling has evolved so much in the last ten years that distillers from our parents' and grandparents' era might not even recognize some of the standard equipment used in basements, garages, and kitchens around the country.

In just a few weeks, I’m going to be sitting down with two men who helped steer some of those changes. If you’re in or around New Orleans and have even a passing interest in the hows and whys of modern home distilling, come join us at Tales of the Cocktail (see below for details).

When Ann Tuennerman asked me to come to Tales this year, I was flattered, of course. I can talk about moonshine, regional variations among distillers, nano-distilling, very small batch distilling, and bootlegging all day. I’ve met more moonshiners and unlicensed spirits-wranglers, especially in the last five years, than popular books and recent articles suggested even existed anymore. But I didn’t think it would be fair to the people who will fly in to hear something special just listen to me yak on about the fruit jar trade. 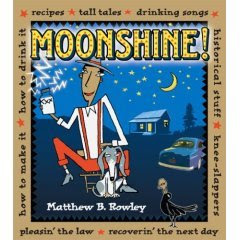 See, I’m a storyteller. Some of the most engaging aspects of off-the-grid distilling for me are the tales and reflections of people making their own liquor—not just how, and with what, but why they would be driven to do such a thing, especially when spirits from around the world aren’t that hard to get.

But this particular audience—known to show a shade of obsession when it comes to creating homemade replicas of obscure spirits—I suspected would be interested in the practical aspects of distilling—that is, the legal ramifications and practice of crafting spirits—well as stories about how home distilling is shaking off some of its checkered past. With professional distillers (above- and below-board) in attendance, I knew the discussion had to be top-shelf. 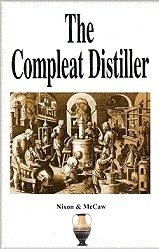 Mike, along with Mike Nixon, is known among home distillers as one of The Mikes. He’s the co-founder of the Amphora Society which promotes distilling globally and, also with Nixon, is co-author The Compleat Distiller, a cornerstone text for any modern artisan distiller’s library. Mike advises and consults with startup distilleries around the world and is one of today’s foremost experts on microdistillery operations. 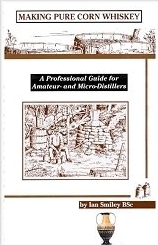 Ian Smiley, who’s been experimenting with stills since his teenage years, runs Smiley’s Home Distilling and will be joining us from Ontario. As Ian turned into one of the online go-to guys for distilling questions over the last decade, his email answers metastasized into multi-page missives and he realized that he’d been gestating a book.

Once fine-tuned and re-tooled, his library of distilling how-to answers turned into Making Pure Corn Whiskey, a solid book—a necessary book—for anyone interested in the practicalities of operating small stills.

Michael Dietsch, writing at Blogging Tales of the Cocktail, has posted two (of three—one more to come) transcripts of a four-way Skype interview between us. Part One is here. Part Two is here. Apparently, I was doing my nails, watching cartoons, or taking out the spent grains while Dietsch was asking questions. He promises that I pipe up in part three…but if you plan to attend the sessions (or just want to know a little more about our backgrounds), check out Michael's postings for some in-depth discussion.

Oh, and Jonathan? I know exactly who built that still on your post. There will be some of his other customers in attendance, so you should be able to compare operation notes.

I've finally prepped and submitted part 3, so look for it in a couple of days.

I'm sure your nails are fabulous.

Rowley, love the blog. How about a link to Sherman Owen's Artisan Distillers site?