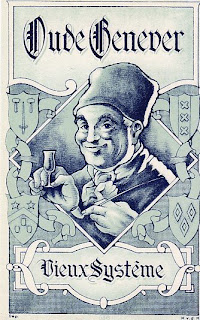 In 1809 Pennsylvania distiller Samuel M’Harry published his Practical Distiller, a small tome intended to set forth, as plainly as the language of the time allowed, directions for American distillers using the materials available to them to create American spirits and, in some cases, to emulate spirituous liquors from abroad. The book was, in not very subtle ways, very pro-American.

At the same time, M’Harry sought to clear away the myths and secrecy surrounding distilling and to advance it as an understandable science rather than a mysterious process that sometimes worked and sometimes didn't. His techniques and recipe styles—even if improved upon by later advances in still designs—informed American moonshining for the better part of two centuries.

His recipes for working with corn, rye, apples, and peaches would be as familiar to Appalachian moonshiners even into the 1970’s. They can be forgiven if his buckwheat spirits failed to continue in American folk distilling. I’m curious about it myself, but have not yet come across even modern home distillers who are experimenting with buckwheat. Perhaps it was a Pennsylvania thing.

His recipe for “Holland” gin—that is, the jenever or genever coming back into tentative vogue—gives an idea of how distillers these 200 years ago sought to emulate popular foreign liquors with very local ingredients (remember, Pennsylvania has long been rye country).

Put clarified whiskey, with an equal quantity of water, into our doubling still, together with sufficient quantity of juniper berries, prepared; take a pound of unslacked lime, immerse it in three pints of water, stir it well—then let it stand three hours, until the lime sinks to the bottom, then pour off the clear lime water, with which boil half an ounce of isinglass cut small, until the latter is dissolved—then pour it into your doubling still with a handful of hops, and a handful of common salt, put on the head and set her a running; when she begins to run, take the first half gallon (which is not so good), and reserve it for the next still you fill—as the first shot generally contains something that will give an unpleasant taste and color to the gin. When it looses proof at the worm, take the keg away that contains the gin, and bring it down to a proper strength with rain water, which must previously have been prepared, by having been evaporated and condensed in the doubling still and cooling tub.

This gin when fined, and two years old, will be equal, if not superior, to Holland gin.

The isinglass, lime water and salt, helps to refine it in the still, and the juniper berries gives it the flavor or taste of Holland gin.

About thirteen pounds of good berries are sufficient for one barrel.

Be careful to let the gin as it runs from the worm, pass thro’ a flannel cloth, which will prevent many unpleasant particles passing into the liquor, which are contracted in the condensation, and the verjuice imbibed in its passage thro’ the worm.

* Yeah, yeah: the genever bottle label is from the wrong century. It's one I picked up for a pittance at a paper ephemera show a few years back. It is, however, the kind of label that would have been printed in bulk and slapped on—gasp—American emulations of foreign spirits.
.
Posted by Matthew Rowley at 10:16 AM