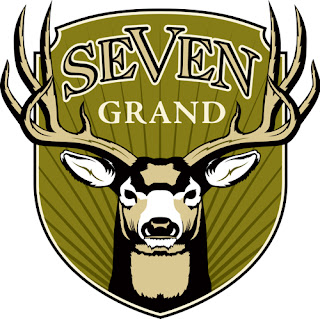 Late notice, I know, but tonight Seven Grand Whiskey Society in San Diego is hosting a guided tasting of tax stamp bourbons, each bottled more than three decades ago, from the private collection of Chris Uhde. The tasting will be at Seven Grand cocktail bar in North Park. If you're nearby and have an affection for whiskey, you should get in on the action. As remaining stocks of these bourbons are depleted, opportunities like this don't come around much any more. Seven Grand manager Brett Winfield writes that a mere 12 spots remain open for tonight's event.


I really couldn't be more excited that I get to offer this tasting to you guys in the Seven Grand Whiskey Society. Chris Uhde of JVS Imports has started a Southern California Whiskey Club focusing on rare and vintage whiskey which I am a part of and can attest to the bad assness of his tastings and whiskey collection. Chris recently contacted me and graciously offered up some of the Whiskey in his private collection for us to taste through. These are not your average whiskeys, each one of these Bourbons, with the exception of a few modern labels for comparison purposes, is a Tax Stamp Bourbon. Tax stamps were employed by the federal government as a way of proving that the taxes had been paid on a whiskey from the 1960's to the early 1980's. So the answer is yes, we will have the pleasure of tasting Bourbons from 1970 to the early 80's. "Holly sh*t" you say, that was my reaction as well. These are bottles that, unless you are very very very lucky you will never get a chance to taste or see again. I have tasted through them and they are truly special Bourbons.

The lineup for tonight's Tax Stamp Bourbon Tasting is:
Winfield continues (and in all caps lets you know just how serious he is):


DUE TO THE RARITY OF THESE WHISKEYS THIS WILL BE A PAY TO ATTEND EVENT. THE COST WILL BE $50 PER PERSON, YOU MAY SIGN UP A GUEST BUT THEY MUST PAY THE $50 FEE AS WELL. IT IS OF THE UTMOST IMPORTANCE THAT IF YOU SIGN UP FOR THIS EVENT YOU MUST ATTEND, NO CANLELLATIONS!!! IF YOU FAIL TO COME CHRIS WILL LOSE HIS OWN MONEY AS THIS IS NOT A SPONSORED EVENT.

Registration for the event is here.

Posted by Matthew Rowley at 1:21 PM